The conceptual years, an exhibition of Bernar Venet who can visit until January 13, 2019 at the Museum of Modern and Contemporary Art in Nice (Mamac). The artist is interested here in scientific and mathematical abstractions. An expo pleasant to visit, which surprises, as often at Mamac. 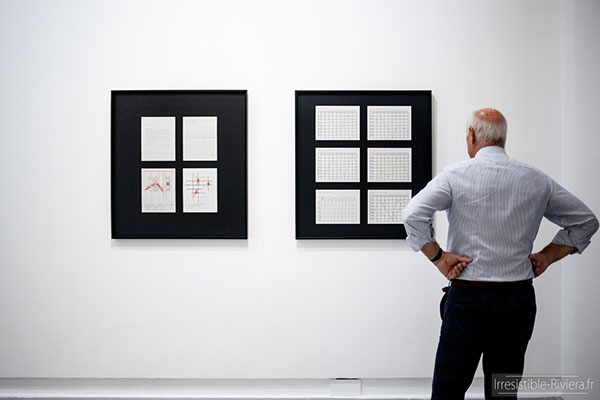 Bernar Venet, visual artist born in the region, pointed to the sky of the United States wharf an obelisk of about thirty meters high, a work done on the occasion of the anniversary of 150 years of the reunion of Nice to France. Many other works also occupy public spaces in the region such as Nice l'Arc 115 ° of the green flow garden.

Here there are no large metal structures but mathematics in all its forms and in large format. Visitors are curious and surprised, almost seeking to solve or understand the mathematical equations on display. Students of the preparatory classes of the beautiful high school Masséna (Math Sup / Spé), neighbor of Mamac, will see the poetry of mathematics. Mathematics, discipline at the root of the understanding of the world at least to believe authors like Yuval Noah Harari, who decrypts life and humans as an aggregation of biochemical algorithms that generations to come, using the power big data, will come to put in equation.

Some images of the exhibition that we advise you to visit