Renowned, rightly, for its exceptional climate, the French Riviera is at the crossroads of several weather influences. We offer a small analysis of these features, as well as a list of online tools for observations and local forecasts.

The French Riviera at the limit of several spaces

The most classic situation is a beautiful anticyclone that blocks any arrival of bad weather. The Azores anticyclone, very powerful during the summer season, generates a flow of Mistral (north wind in the Rhone Valley). This wind bypassing Provence arrives on the Côte d'Azur by a flow of west at least in the middle layer. One of the local peculiarities comes quite often from the creation of a so-called dynamic depression deepening precisely because of this mistral in the Rhône valley. This depression regularly causing sullen and overcast weather carried by easterly winds. This depression known as the Gulf of Genoa also finds, for example in autumn, its origin in the temperature difference between the relative warm sea and the colder air. This creates a thermal depression again generating east wind. It even happens that the Genoese depression is of thermodynamic origin, a mixture between the two types of training described above. The vertical distribution of the wind currents is then particularly complex. One can for example have at the airport of Nice, a wind of the valley breeze type (of the Var) descending in very low layer (0-100m) then a wind of east between 100 and 1000 meters of altitude then a flow from north west to above. The paragliders in Roquebrune Cap Martin or Gourdon surfing in the middle of this with more difficulties and precautions than large airliners from all over Europe not to say the whole world.
The presence of the mountain that literally plunges into the Mediterranean Sea also influences the weather by creating a springboard effect for the southern wind laden with marine moisture.
The Côte d'Azur benefits from a generally very sunny weather except for a few weeks in autumn and spring which allows the development of lush vegetation by the sea. 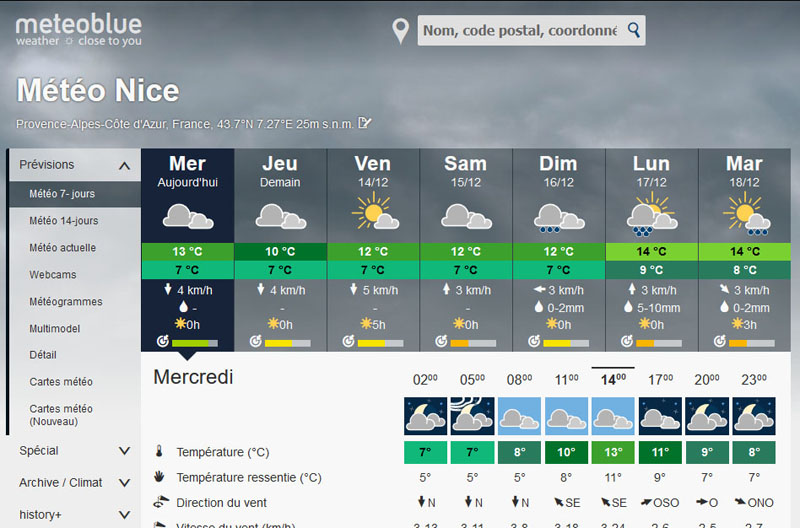 Meteoblue website offers a page which gives almost all the useful information as well in terms of live weather observation (cloud, wind, radar precipitation etc.) as in terms of forecast (complete meteogram etc ..) at a few hours and up to two weeks. The interface is very nice and allows for example to consult the detailed forecasts of different models and prediction algorithms.

Nice airport is the second after those of Paris. A weather center on site offers very interesting information and continuously updated. The Metar makes it possible to know every half-hour the precise and standardized conditions on the airfield, while the TAF proposes a forecast on 24/48 hours generally very fine. The site Allmetsat decrypts you in current language these professional weather messages that look like this: LFMN 121330Z 08013KT 9999 FEW033 BKN043 13/05 Q1016 NOSIG 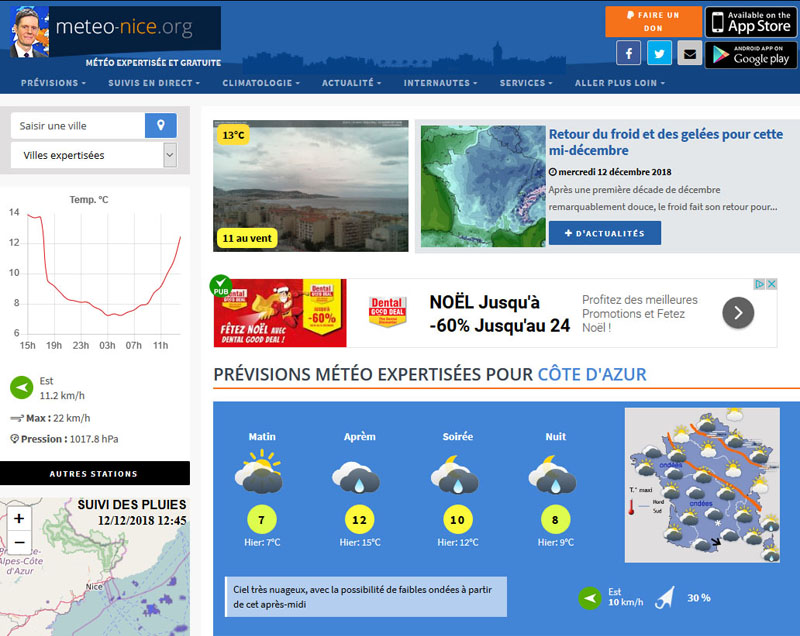 The website of forecaster Guillaume Séchet, former presenter at Chanel Meteo is part of a network of weather forecast site throughout the French territory. A page on the local climate is not without interest https://www.meteo-nice.org/climat.html 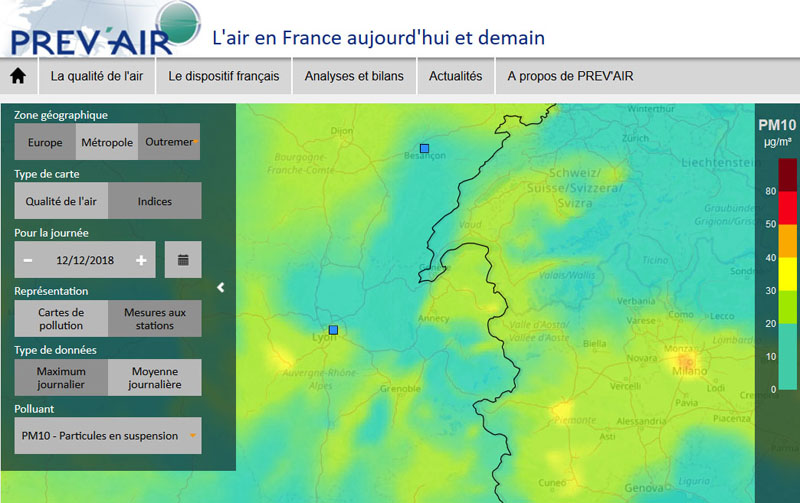 The Prevair website informs you of pollution in the air. It is possible to zoom in order to know the current situation but also future on the French Riviera. Sensitive, health-conscious people can therefore know the situation very precisely.

7-day weather forecast for the city of Nice by Météoblue