We had the chance to attend a preview screening of the film "Hors Norms" directed by Olivier Nakache and Eric Tolenado at the Pathé Lingotière cinema in Nice on July 1st, 2019. A superb long feature on the subject of mental disability but more broadly on tolerance and acceptance of the other in its differences. 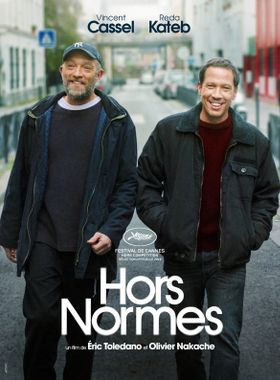 Reda Kateb and Vincent Cassel play the roles of two people overwhelmed by their actions of accompanying autistic people, that the official institutions forsake. Their fight is about managing the urgency of impossible situations. Train "young people from neighborhoods" to support young and old autistic people. The two associations "Le Silence des Justes" and "L'Escale" doing a real job of public service but outside any official regulation. State services coming to put their nose in these actions out of framework ...
Jewish and Muslim communities rub shoulders together in a race against time to prevent people with disabilities from being walled in isolation.
Vincent Cassel comes out of his roles as villains or gangsters, a little too repetitive for our taste, to beautifully interpret a character all in nuance, subtle and persevering. Reda Kateb (Django, Hippocrates ...), as always, plays with great accuracy and persuasion. The autistic characters in the film are not professional actors except one ... which makes the film even more poignant.

The film never sinks into pathos. Several intrigues allow the spectators not to see the time pass. Numerous humorous notes brighten up the film when it comes to untimely stops of the Parisian subway or Vincent Cassel, lead role in the film, courted, to be married, but always absorbed by his phone calls ... real acts missed in the service of a superego untamed ...

A preview before the two directors 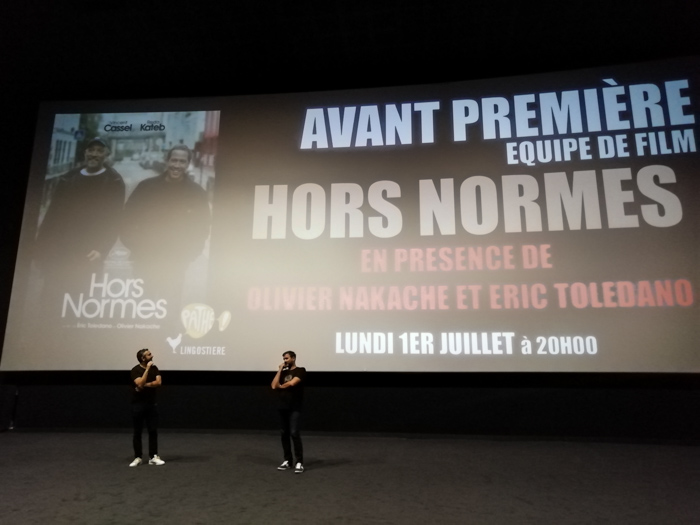 The directors of "Sens de la fête", "Samba" explained the reason for their presence in Nice, among others, by their friendship with Mario Tommasini, who directs the Pathé Gaumont theaters in Nice. Note that "Hors Normes" was also presented, out of competition, at the nearby Cannes Film Festival, this year 2019.
With a lot of simplicity, the duo of directors answered the questions of the room after several standings ovations, liberating the emotion present in the room. Questions about autism, about filmmaking, about the past messages in the film, about associations, about taking charge of the handicap in France allowed Olivier Nakache and Eric Tolenado to answer with kindness to the public sometimes directly involved. by autism.
The success of the film "Untouchables", also related to disability and huge popular success, with Omar Sy and François Cluzet, allowed the filmmakers to make this film less easy and general public but indispensable, pleasant to see. A film that matured for many years in their minds.

"Hors Normes" is a very positive, breathtaking film, which basically explains us that we recognize the level of development of a society in the way it considers and treats people who are different. This magnificent film, simply and with talent, highlights the values ​​of tolerance and fraternity far from any ease, to the delight of the audience of this preview.
We strongly recommend this film, which will be released on October 23, 2019 in all the good rooms of the Hexagon. 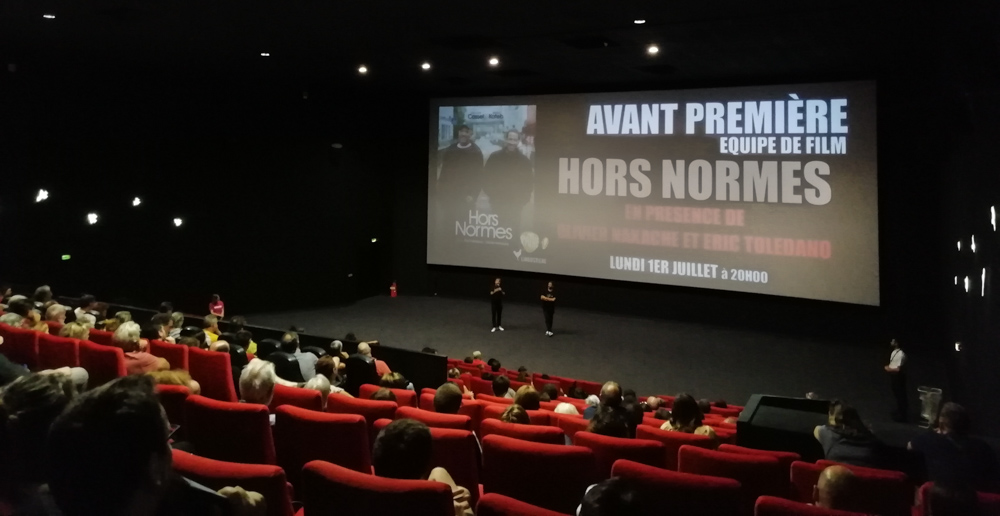