Wander around Garibaldi square in Nice

A majestic square in a neighborhood undergoing renovation awaits you for a stroll in the harbor area at the northern tip of the old town of Nice. Some images at dusk illustrate this article and some tips.

A place in full swing and renovation

Garibaldi, républicain et italien général , work towards the reunification of Italy. Nice who gave birth to Garibaldi in 1807 became French in 1860, before Italian reunification, after having been savoyard. A small exposition next March 2019 present, at the other part of the old town, in the former senate, the Italian influences in Nice. 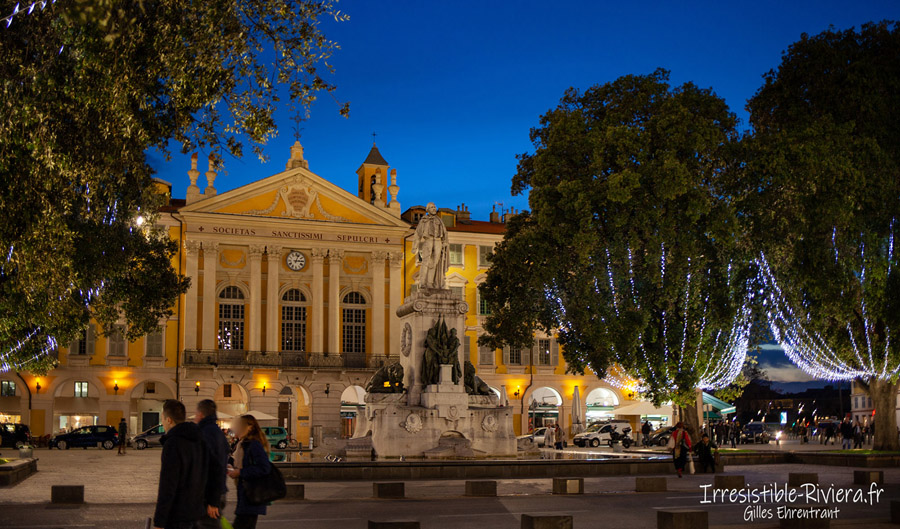 Piazza Garibaldi, built at the end of the 18th century, looks in a certain way as the center of the beautiful city of Turin in Italy. A vast rectangular space of about one hundred meters, surrounded by wide and high passageways, looks like the piazza San Carlo, the trees in addition. The statue of Garibaldi throne in the southern part looking towards the north, through the aptly named Avenue of the Republic, in the direction of Turin precisely. Turin and Nice were connected by the royal route through the Tende pass. A Nice photographer, Olivier Monge, worked on the theme of the similarities between the capital of Piedmont (Turin) and Nice. If the theme of architecture fascinates you, his work was the occasion of an exhibition and a book always available, for example at the nearby library Louis Nucera, entitled "Nice-Torino: A common history".

The square was renovated a few years ago to become largely pedestrian. The neighborhood becomes more and more chic, some even say a little "bobo". The area of ​​the Pine Square not far from here hosts, in all kinds of restaurants and bars, one-night concerts, to the delight of tourists and local revelers. We have, for example, recently paid just under four euros for a simple grenadine water, while a few meters away, the rates are more in line with the service. Several times a year an empty loft is installed throughout the place, to the delight of bargain hunters. Some political or associative events also take place from time to time on the spot.

The and soon the trams

The tram connecting the East to the North of the city crosses the square on which many onlookers watch the street show from the few benches available. The works, in 2007/2008 were the occasion of a complete renovation of the places, as well on the ground as on the facades with for example trompes l'oeil. A new metro / tram, called East / West normally in operation in the fall of 2019 will reach the airport in less than half an hour. The nearby port is joined by the popular Cassini shopping street. The old town a few steps away will allow you through Socca's small alleys to reach the sea. At the end of 2018, some local officials elected have pointed out repeated problems of diurnal incivism (in politically correct language!) In the sector, the town hall to contain the problem made reinforce the security patrols.

Many shops surround the square

Lovers of fine seafood will not fail to stop at the "Café de Turin" as long as their wallet is sufficiently well stocked. Lovers will find a flower shop "Mireille Fleurs" (just cut without embellishment or arrangements) very friendly and unbeatable prices leaving the square to the nearby Museum of Modern Art said Mamac. Natural science enthusiasts are sure to visit the city's tiny natural history museum just a few steps away. The Mercury Art and Essay Theater, with its demanding and interesting programming, is nestled in the northeast corner of the square. The so-called association room also hosts all kinds of cultural and other public events. Lovers of sacred art and religious buildings are sure to visit the chapel of the Holy Sepulcher, headquarters of the blue penitents of Nice but regularly hosts other penitents (white, red) Nice and the Christian community from Poland ... 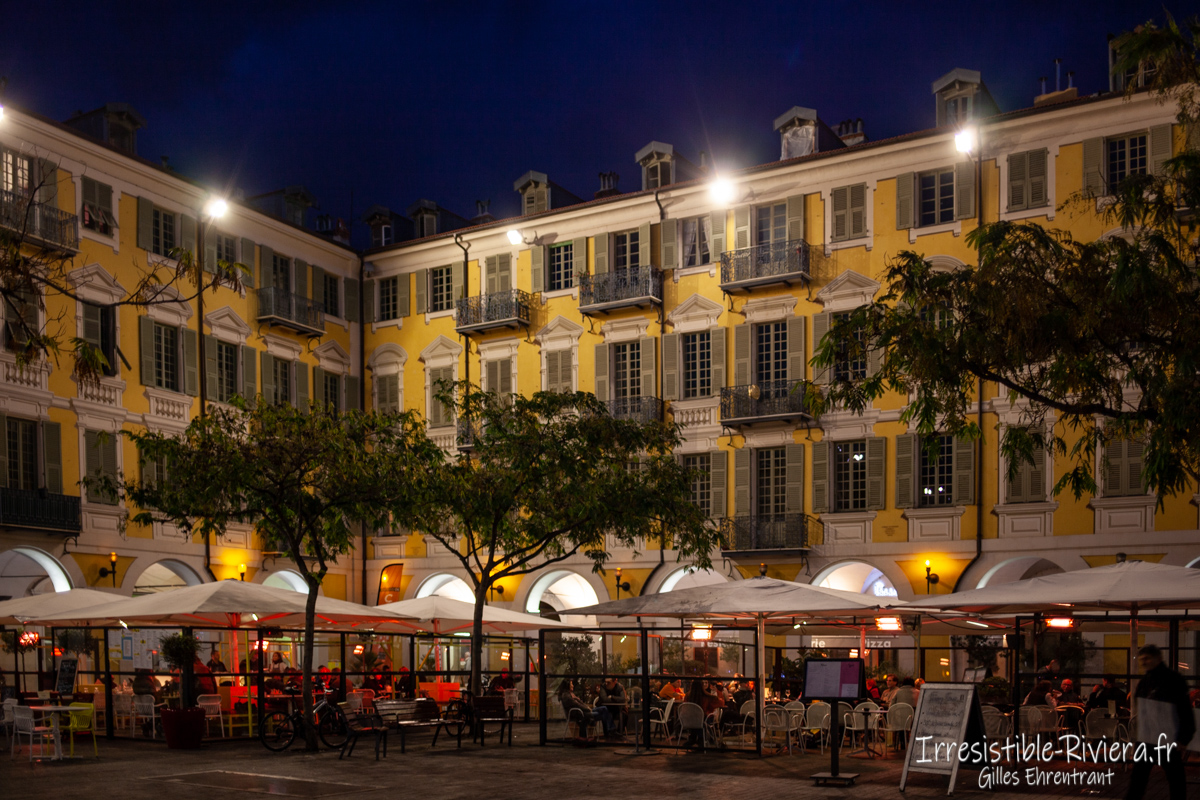